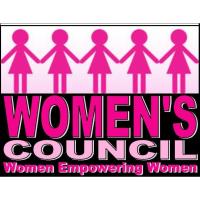 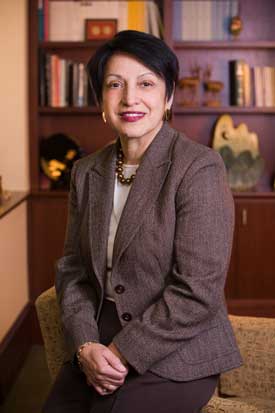 This networking group is all about women helping other women be successful.  We meet for lunch each month, listen to a speaker that is either motivational or educational, share our stories, talk about our businesses and give each other referrals.  A very effective meeting if you want to meet other business owners and professionals and grow your customer base.

Under Dr. Núñez’s leadership, Eastern Connecticut State University has received several major national recognitions, including being ranked in the top 30 public universities in the North in the 2019 Best Colleges rankings by U.S. News and World Report; being recognized for the ninth time by the Chronicle of Higher Education as a “Great College to Work For”; and being named one of the nation’s “Green Colleges nine years in a row.
During her administration, Dr. Núñez has forged closer ties with the local and statewide communities, led a campus-wide strategic planning process, and shepherded the opening of an expanded and remodeled Student Center; a 174,000-square foot state-of-the-art Science Building; the new Center for Community Engagement; and other campus improvements. A new 118,000-square foot Fine Arts Center was completed in spring 2016, the renovated Communication building reopened in August 2018, and Goddard and Shafer Halls were renovated in 2019.
Prior to joining the Eastern community, Dr. Núñez served as Vice Chancellor for Academic and Student Affairs in the University of Maine System from 2003 to 2006. Before her appointment in Maine, Dr. Núñez served as Provost and Vice President for Academic Affairs at Lesley University. From 1993 to 1997 she was University Dean for Academic Affairs and Vice Chancellor for Student Affairs at the City University of New York. Dr. Núñez also served as Associate Dean of Faculty at the College of Staten Island of The City University of New York from 1986 to 1992.
Dr. Núñez also has held positions as a tenured faculty member at Ramapo State College, the College of Staten Island of the City University of New York, and Lehman College of the City University of New York. She is the author of “Pursuing Diversity” (1992) and has published numerous articles in the areas of language acquisition, diversity, academic attainment in higher education, cultural differences in education and retention.
Dr. Núñez received her B.A. from Montclair State College, an M.A. from Fairleigh Dickinson University and an Ed.D. in Language Education from Rutgers University.
In addition to serving on the board of the Association of American Colleges and Universities, Dr. Núñez also serves on the boards of such organizations as the Council for Higher Education Accreditation, the Connecticut Association for Human Services, Leadership Greater Hartford, the American Association of State Colleges and Universities, and the Council for Adult and Experiential Learning.
Born and raised in Puerto Rico, Dr. Núñez is married to Dr. Richard Freeland, former president of Northeastern University and former Commissioner of Higher Education for the State of Massachusetts. They have two children, Maria, an anesthesiologist in Detroit, Michigan, and Antony, an academic advisor at Naugatuck Valley Community College.